1) How to break the vicious cycle of poverty caused by the oppression of african americans back in the day? Maybe on way is reparations in the form of free college for all black kids for the next 10 yrs?

#2) But who will pay for this? Most likely people who had nothing to do with these attrocities to begin with.

The native americans have been granted reservations, the jewish people were given a whole country.

I personally believe that this would help to a certain extent but there also needs to be a shift in the “blame someone else for my misfortune” attitude.

What does everyone think?
I find it ironic that America is supposed to be the land of free speech, yet I can’t even ask a simple question without being branded a racist. No wonder the entire world laughs at us.

The U.S. IS NOT mostly a nation of racist and haters….for Chr*sts sake a half black man could almost become president and the person who posted the comment MOST Americans are racist needs to get out more often: A black or even half black man wouldn’t make it as far as Obama in any other 1st world nation oand would have a bastard of a time in most Latin countries where there’s tremendous racism.

“Can Food Stamps, Free apartments, section 8, paid day care,hiring quotas,affirmative action, college funds,WIC, it never ends.There’s your reparations. We had nothing to do with them coming here,that was done by slave traders,and some plantation owners.Who’s stopping them from going back?Welfare turns people into parasites.”

The above sums it up well.

Ridiculous……..everybody has some legit gripe from the past myself included. Part of the problem that exists among African Americans today: Extremely high single parent home, no father-responsible adult male, pathologically high violent crime rate (in my city, no lie this is an absolute fact) most murders are committed by young black men, etcetera……..much of this is directly and indirectly the result of 40 plus years of social policies that reward folks for bad behavior; overcoming a “guilt” complex (this is behind much of the social experiemntaion of the past 40 plus years) by patronizing people and holding them to a lower standard than others because, well, they can’t help themselves, has created the nasty problems we have today.

As for the rest of the world (at least the 1st world like Europe, Canada,a few others) they have a much smaller racial minority population than the U.S. The UK is still roughly 90% white, France slightly less, Canada is overwhelmingly white…the U.S has a black population alone of 12%, with a huge illegal population and rapidly growing Asian population. The U.S. is BY FAR the most diverse 1st world nation on Earth and others who ridicule us need to walk in our shoes or shut up. 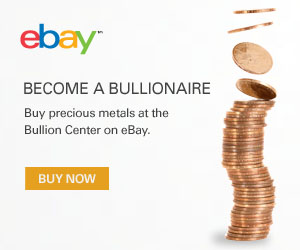